Latest News
The GRE requirement for our MPH program is waived for applicants looking to start in the Fall 2020 semester. Learn more. 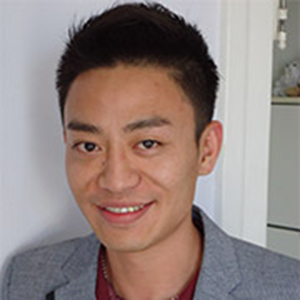 Research Interests
Dr. Wei focuses his research to advance knowledge in and subsequently address barriers to accessing prevention and healthcare services among disenfranchised populations in the global context. Specifically, his main research interests focus on reducing disparities in HIV infections among sexual minority men, particularly in China and other parts of Southeast Asia. His work to date has included conducting extensive HIV behavioral epidemiology, examining the acceptability and feasibility of innovative prevention strategies, and developing and evaluating individual- and community-based intervention trials among sexual minority men in China/Asia.


Emerging and expanding HIV epidemics among MSM have been documented throughout Asia including China. MSM populations in these countries have been neglected in HIV prevention research until the late 2000s due to social and legal discrimination against sexual minorities. A majority of published literature since then focused on HIV surveillance research (e.g., measuring HIV prevalence and incidence) while there has been a lack of studies identifying drivers of HIV infection among MSM in these Asian countries. As PI, I conducted a series of analyses using both Asia-wide and China-specific datasets to examine HIV-related risk factors among both HIV-uninfected and HIV-infected MSM. These analyses have laid the foundation for developing appropriate prevention interventions for MSM in China and the Asia region. Empirical studies and modeling exercises have demonstrated that Treatment as Prevention (TasP) and improving outcomes along the HIV care continuum can prevent onward HIV transmission and therefore substantially reduce HIV incidence among key population. To achieve the benefits of TasP, we must first identify HIV-infected individuals through HIV testing. However, in many countries and especially among stigmatized populations such as MSM, uptake of HIV testing is very low (e.g., 38% of Chinese MSM received testing in the past year). Innovative strategies are needed to address and overcome multi-level barriers to HIV testing that are unique to different settings and key populations. As PI or Co-I, I have investigated the acceptability and efficacy of several promising strategies that can significantly increase HIV testing uptake among MSM. Partner seeking online or through smartphone applications (apps) has become increasingly popular among MSM due to its accessibility, affordability and anonymity. MSM now comprise one of the largest online communities in the world. There have been concerns that the Internet and apps could facilitate sexual networking and create a risk environment for MSM. Furthermore, the shift from seeking partners at physical venues to online has created challenges for HIV prevention as traditional delivery methods of HIV prevention services and care are not effectively reaching these men within an increasingly digital environment where they interact and connect with each other. As such, there is a need to identify high-risk MSM on mobile platforms and develop technology-based interventions. As PI or Co-I, I have investigated patterns of risk behaviors among MSM who used the Internet and apps to seek partners and assessed the acceptability of technology-based interventions among this population.