Latest News
GRE Information: The GRE is not required for MPH applications. Due to COVID-19, the GRE is being waived for MS and PhD applications through the spring of 2021. Learn more. 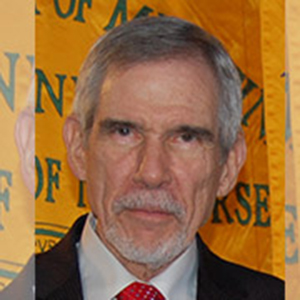 Biography
Dr. Rhoads is a graduate of Haverford College and Harvard Medical School and completed residency training in Internal Medicine at the University of Pennsylvania and in Preventive Medicine at the University of Hawaii, where he also earned an MPH. He has had a long career studying the occurrence, causes and management of non-infectious diseases including 13 years in Hawaii investigating the causes of heart disease in Japanese migrants, 7 years as Chief of the Epidemiology Branch at the National institute of Child Health and Human Development, and 29 years as Professor of Epidemiology at Rutgers. For five years he served as Interim Dean at the Rutgers School of Public Health.

Research Interests
Scientists need to address unanswered questions, but it is also useful to study unquestioned answers. Low-level lead exposure has been blamed for behavior problems and deficits in intelligence in young children at much lower blood levels than we used to believe, but it is notable that the extraordinary 90% decrease in blood lead levels has not been accompanied by recognized improvements in these or in other areas.  Why? In nearly all large series of births, educated women will have fewer preterm deliveries than uneducated women;  but the substantial increase in the education of women over the past 2-3 decades has not had any notable effect on the excessive frequency of preterm birth in the U.S. Why? The 60-70% fall in U.S. heart disease mortality rates since the 1960's peak has been attributed to high tech interventions, but at least recently, it appears that the proportional heart disease mortality decline is just as large in persons who have never been hospitalized with heart disease as those that have been in the hospital and have had the opportunity to benefit from cardiac interventions.  Why?


Dr. Rhoads published the first major paper identifying serum HDL cholesterol as a protective risk factor for myocardial infarction (MI) and influential papers on serum Lp(a) lipoprotein and moderate alcohol consumption as risk and protective factors for MI, respectively. The study of the safety of chorionic villus sampling was one of two early papers demonstrating that this approach to prenatal diagnosis was followed by more spontaneous abortions than was amniocentesis and contributed to a measured approach to the adoption of this otherwise exciting technology.  The case-control study showing that PSA screening did not reduce mortality from prostate cancer in the US preceded the results of the large, NCI-sponsored randomized trial and extended its conclusion to the general population outside of trial participants. He chaired the steering committee and supervised one of the four clinical centers for the NIEHS-sponsored trial of chelation therapy for lead-exposed children, which showed that this treatment was not helpful for 12-30 month-old children with blood leads under 45 ug/dl, which resulted in the widespread abandonment of such misuse. More recently his trial demonstrating the safety of withholding blood transfusion in surgical hip fracture patients until hemoglobin fell to 8 g/dL has promoted more conservative transfusion practices in surgical patients.

Board of Editors, American Journal of Epidemiology (2008)

President's Award - New Jersey Public Health Association (1996) - Recognizes public health champions and individuals for their outstanding contributions to the cause of health of the public in New Jersey.